One of the best subjects I took at Complutense University while studying Journalism was Information Theory, by Prof. Felicísimo Valbuena. By showing us movie after movie in the classroom, he taught us how much truth there is in cinema screenplays and how many inner scripts there are in real life. Not that it had a lot to do with Journalism, but maybe it was a better lesson to learn.

It was via Valbuena that we all knew about Eric Berne and his «transactional analysis«, where for the first time in the History of Psychiatry a fundamental unit for social intercourses was proposed: the transaction. For some critics, Berne is just a precursor of current silly self-help books, but many of us and many experts thought that his proposals had something else… 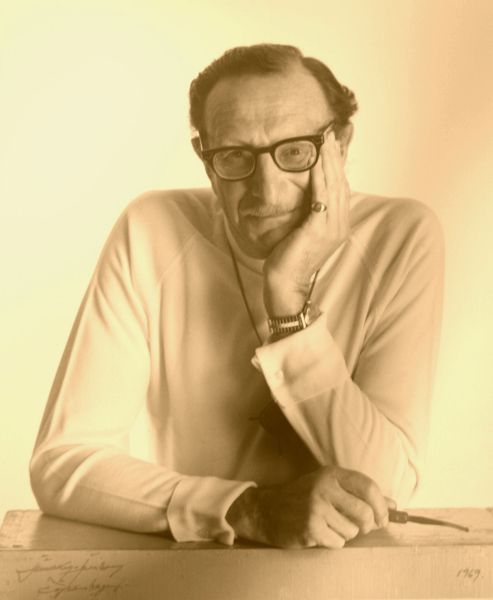 In Games people play (Juegos en que participamos), Berne stated that people behave according to a clear script that was mainly written in their childhood. Our script is our destiny, successful or sad, it determines our social transactions and it requires a lot of courage to break up with it. There is a lot of Freud in the proposal, but the psychoanalytic efforts were funnier here, more optimistic and closer to everyday experience.

We pretend not to know the intention of the others (which is their script?). But we unconsciously do, and in fact the mutual fitting of scripts is what makes a person attractive to us, whether it is a lover, a friend or a colleague. It all works as in a game of agreed lies. Future movements are decided in advance, and you can see it very well in movies which Valbuena  liked very much, such as The sting, where the main characters reach success but seem to be condemned to fail, as if an inner voice would lead them to disaster (the voice of their script).

The words “lie” and “game” should not be taken as something necessarily bad: they are just mechanisms of self-protection. As Berne explained:

Games are a compromise between intimacy and keeping intimacy away.

One of the passages I remember the most was that of sweatshirts (translated into Spanish as “camisetas”). In his book What do you say after you say hello? (¿Qué dice usted después de decir hola?), he explained that sweatshirts are usually adopted in early college years and suggest the script of a person:

An actual sweatshirt (“Hell’s Angels, “The Losers”, “Black Panthers”, “Harvard Track Team”, or even “Beethoven”), states which gang a person belongs to, and gives some indication of his philosophy and how he is likely to respond to certain stimuli.

And many years after those lessons, Sixth Sense (the killer application recently unveiled in TED by  M.I.T. researchers Pattie Maes and Pranav Mistry) appears to contain a lot of Berne. Minute 6.45.

Maes and Mistry envisage a revolutionary application that, among other possibilities, would expose the electronic tags of a person (taken from his blog or from his Flickr account) in his T-shirt, letting us know about his interests at the very same time we are being introduced to him.

This point is one of the most criticized of their proposal, which some have considered insulting and “dehumanizating”. But to be honest they do not propose a compulsory use of the application; neither have they denied the possibility of legal dispositions and instruments to avoid an unwanted  use. In fact, generally speaking (it is necessary to watch the whole video) they are proposing a huge technical advance, but salted with funny examples and remarks (like the one of the “new brain implant”) that might have turned against the seriousness of their invention.

In the minute 6.45 (tags & T-shirts), M.I.T. researchers just transfer the eternal hope of getting closer to the others to the technological field. But, if there were any doubts, Berne was clear about something: sweatshirts are useful in understanding people, but they do not indicate exactly how the other person will react:

For example, it is clear that many members of the first three gangs mentioned above are riding on the “Fuck you” streetcar, but without knowing each member of the gang intimately (in the clinical sense) it is not possible to predict which ones want to be killed in order to become martyrs, which ones want merely to be manhandled so that they can cry “Police brutality!” and which ones are straight. The sweatshirts indicate their collective attitude and the games they share in common, but each one is playing out his own script with its own individual payoff.

Maes and Mistry already know that, and M.I.T. knows that.I could read Berne’s books as many times I want but I would still be awful in guessing people’s scripts. Even if you are an expert in analyzing others, there is always a lot of room for uncertainty. Electronic tags in the T-shirt do not solve this problem and I do not think it was M.I.T’s intention with the project. Uncertainty is what makes us human, and new technologies like Sixth Sensewill never endanger it at all.

Globograma might expose some of my tags, but there is no application that could tell the readers the intimate weight of each of them. Unless I wanted to. Technology is just technology. So let’s see how Sixth Sense‘s script peacefully progresses.